The minute a student walks in here, there’s the possibility of a blossom, the possibility of a miracle.
Here there is a deep commitment to explore a new horizon, expanding musicians’ sense of themselves and their potentials for growth.
Behind every door of Ecole d’Art et de Musique is a potential miracle. 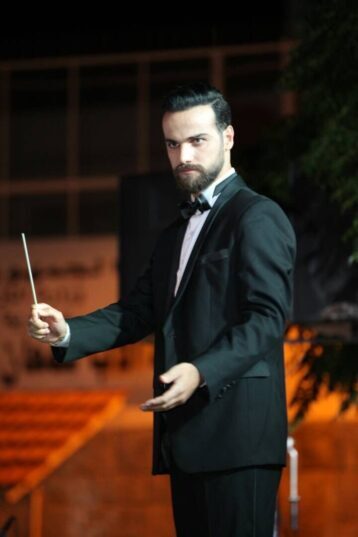 In 2008, Gilbert S. Mouawad, an educator and musician from Zgharta, North Lebanon, opened a humble school in collaboration with a French citizen and friend Michel Acolat: Acolat de Musique.
In 2011, after recognizing the importance to push the boundaries of music education forward, the founder took initiative to expand the school and help it reach new heights.
Acolat de Musique became Ecole d’Art et de Musique.
The history of EAM is rich, bold and vibrant.
In 2014, the founder established a parallel branch in Kfarsaroun Koura.
In 2016, a summer school was opened in Ehden.
In 2017, the managing director achieved a deep research about the learning process at preparatory schools of music in Lebanon in comparison with USA counter parts that the system was implemented in Ecole d’Art et de Musique.

In 2019 EAM Franchised to Dekwene Beirut and launched the online learning system. The timeline above reflects an honored tradition of excellence and professionalism.

In 2021, a recent branch saw the light in Erbil-Iraq and was named “بيت الفن والموسيقى “.

Ecole d’Art et de Musique was also successfully recognized by the ministry of Education under decree 143 in 17 February 2017. Click here to download the license.

Gilbert S. Mouawad was born in Zgharta, a small conservative Lebanese town in the North. He first came face to face with the musical world at age of 13. Despite having waited for this opportunity most of his time, the reality of the musical world was very different to what he had anticipated. The curriculum and methods were outdated, the teaching methods so off-putting. Nothing was going to deter him from his journey, so he moved to the capital Beirut in pursuit of a richer education. He first went to the Lebanese University of Beirut where he got his teaching diploma in Music Education In 2007, in parallel with his musical studies at the Lebanese National Institute of Music. In 2016 he has been awarded the Master of Arts in Music at the Holy Spirit University of Kaslik. He also attended classes and workshops in several schools of music in Lebanon, Italy, and France. In 2019 he started his PHD studies at USEK.
Throughout all his struggles and triumphs, he had one thing in mind, he dreamed of making music education accessible to all children and adults in Lebanon, especially in the North. He was soon able to found a non for profit music school called Ecole d’Art et de Musique. What started as a platform for musical education soon became a place for students to find their voice, to grow both artistically and personally. It became a safe heaven for many individuals who starting using music and art to express themselves and to change the dark reality surrounding them. The Ecole d’Art et de Musique students were being armed with instruments in a community where sectarianism and political divisions were widespread. Twelve years on, the school is as prosperous as ever, it has taken many turns and shapes, but the lifelong mission is still alive, it will be carried through many generations to come especially in a country where artistic and music education is desperately needed.