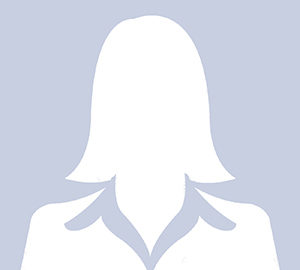 Sheena-Maria Farha holds and an MA in Visual Arts from the Lebanese Academy of Fine Arts (ALBA) since 2017, and a BA in Interior Design from the American University of Science & Technology (AUST)-Beirut, Lebanon since 2012.

Sheena-Maria Farha has worked for the Sana Abi Youness est. as a painter and Hawat Trading Co. as an Interior Designer

and Executive Drawer-Byblos, Lebanon (2009-2011). Worked also as a Painting Teacher at The College des Saints-Coeurs-

Master of art from “Jean Monnet university” in Saint Étienne -France. Participated in many exhibitions and built a long experience in teaching art in well-known schools. Illustrator for media institutions and Writer of art educational books for specialized publishing organization.

Since Nisrine also has a B.A. in Audiovisual Journalism from the Lebanese University she also worked as an art critic for several newspapers and magazines.
Nisrine joined EAM in 2020 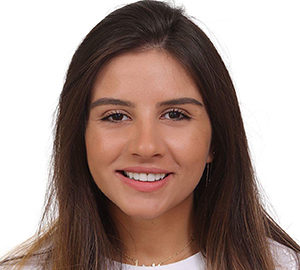 Master of Arts in interior architecture. In 2015 Reina joined EAM as an art teacher. After attending several workshops about the methodologies of teaching art, she became ready to start a new journey with her students. Reina is known for being too much supportive. When she notices that someone is not satisfied with his/her work, she directly motivates him/her to keep trying. Reina was selected head of Koura Department since 2016 because of her commitment and hard work.

Bachelor degree in graphic design from Académie Libanaise des Beaux-Arts (Alba) – University of Balamand. Jessica is an art teacher at EAM since 2016. For her, drawing is a way of communication which gives the student a chance to express his/her feelings and sometimes to get out of the cage. She is a strong believer in the effectiveness of art therapy. For that reason, she is using art as a way to reach inner peace. 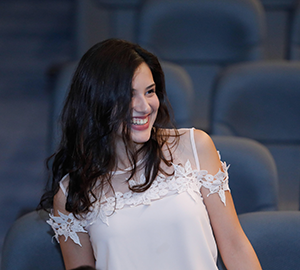 Bachelor of Science in medical laboratory from the American university of Beirut. She started her journey as a piano student at EAM since 2015. After one year, her passion for arts showed up and she started attending art classes and workshops. In few months, she reached a level of professionalism that a regular student needs more than 4 years to reach. Nowadays, she is teaching arts in our EAM and spreading her passion for drawing in the whole school. 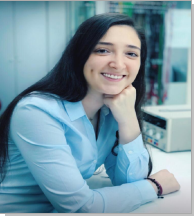 Samia Choueiri is a Mechatronics Engineer who earned her Bachelor and Masters degree from the American University of Science and Technology in 2020. During her academic years as a student, she participated and won many local and international competition and expositions in the field of robotics. She is remarkably able to pass the theoretical and practical concepts to students of all age groups. She currently teaches Engineering courses for university students and accompanies courses by offering problem solving sessions and laboratory sessions. In parallel, she teaches robotics for children, where they get to learn and implement the basics of robotics in the sectors of programing, robot assembly and robot design. Samia also taught school students in summer camps gathering around 300 students to teach them robot assembly and programing where at the end of the learning process students had to compete together.